I am truly grateful for discovering the Pa Kua community. 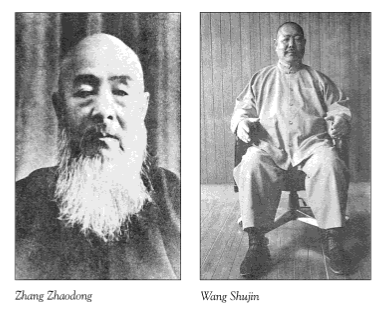 Pa Kua is a traditional Chinese philosophy, an internal-focused martial art similar to Tai Chi Chuan and Hsing I Chuan.

Known most for agile, varied footwork coupled with flexible, graceful body movements,
Pa-Kua is based on the “Eight diagram” of the I Ching.  In Chinese, “Pa” means eight and “Kua” means changes. These “eight changes” are the source of numerous philosophical, humanitarian, medical and nutritional aspects of ancient Chinese knowledge…. not to mention the source of infinite wisdom.

Exercises that develop flexibility, leg strength and power include moving and stationary drills. Circle forms include one set of 8 circles that hold static postures while walking the circle. The next group of circle forms are the “palm changes.”

Solo techniques of Pa Kua include 64 fighting palms, each with its own characteristic principle of application. Two-person sets teach the individual the importance of proper distancing, timing, power, and speed in applying the techniques. After learning individual and two-man sets, weapons are introduced.”

The concept of Yin Yang is one of the fundamental concepts of Chinese philosophy. It is a concept of relativity between two elements of a whole. Nothing in this concept is absolute. Not only is something Yin in comparison to something else which is Yang, but everything Yin contains a little bit of Yang and vice versa.

Nothing in our life is totally Yin nor totally Yang, and even something Yin in its majority is so only in comparison to something else that is Yang; in comparison to something else that is Yin it will be considered Yang. This concept is also very subjective. Something Yin in one persons set of values or judgment might be Yang in someone elses. A thorough understanding of the Yin Yang concept is essential to the study of any Chinese knowledge.

Another fundamental concepts of Chinese philosophy is the theory of the Eight Changes.

The Eight Changes are the basis of the original Chinese knowledge. The I-Ching, the most ancient book of Chinese knowledge, uses this concept as a starting point in to its multiplication and formation of the 64 Hexagrams. The study of the Eight Changes gives us an understanding of events and people we encounter in our daily life. It helps us look in to our past, understand it, and therefore helps us guide ourselves into the future.

The popular saying those who forget their past are bound to repeat their mistakes in the future is a clear summary of how the knowledge of the Eight Changes helps us navigate our future.

Used as a system of classification of our ever-changing surroundings, the Eight Changes clarifies our understanding of the universe and its influences on our daily lives.

The Trigrams are a series of combinations of three lines. Some of the lines are Yin (broken) lines and Yang (solid) lines.

There are many arrangements of the Trigrams. The one featured here is one that puts emphasis on the family structure, an all important concept in Pa Kua teachings.

The influences of the family play a major role in the shaping of an individuals behavior.
Sometimes, a study of the family illuminates many details of a persons characteristics and behavior, thus shedding lights on his future.

In the World Pa Kua Martial Arts & Health School an active involvement of the whole family in the studies is strongly encouraged.

The reason three lines are used for the formation of the Trigrams, as opposed to two lines or perhaps even four, relates to another all important concept in Chinese philosophy.

This is the concept of SKY MAN EARTH

This is another important classification method which is featured in all aspects of Chinese philosophy. Whether we are looking at distances in Pa Kua Martial Art, considering differences in relationships, analyzing the different foods in our nutrition, or if we are studying the different energies in healing arts the concept of SKY MAN EARTH is omnipresent.

SKY is the furthest distance, it is safety, it is the energy coming from above, it is the spiritual, the abstract.

EARTH is the closest distance, it is danger, it is the energy from below, it is the material.
MAN is a combination of SKY and EARTH. It is also considered their neutralizer as well being subject to both of their influences. It is the middle ground.